Walk maps and distances in Cappadocia

Maps and distances in Cappadocia

It is difficult to find precise maps of Turkey, and particularly of Cappadocia. Of course, Cappadocia is a historically defined region and not an administrative designation which can confuse the matter, but there is always the slightly paranoid issue of military secrecy which means that it is easier to buy maps abroad than in Turkey! However we have got hold of a detailed map which covers the Cappadocia area and which is the closest thing to a National Survey map that I have yet seen. (It is fairly big, so you are better off downloading it rather than trying to open it directly in your browser).

We have also added a chart of distances in kms between the main towns and places of interest in Cappadocia which should help you get an idea of what you can do comfortably in one day and how near places are in relation to each other.

Distances in kms between towns and places of interest in Cappadocia 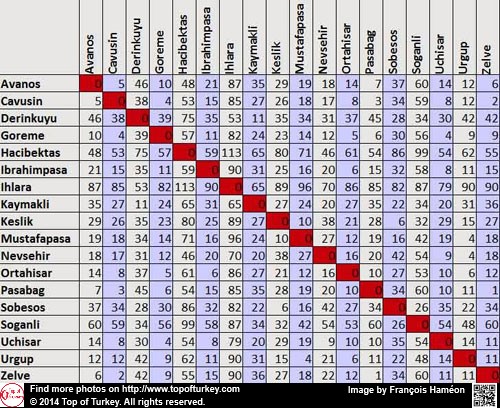 Right-click (control-click on a Mac) on the button and select "Save link as..." to download the file to your computer.
Download the map 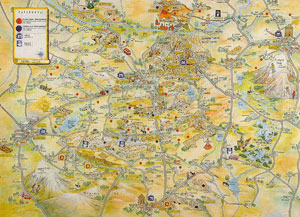 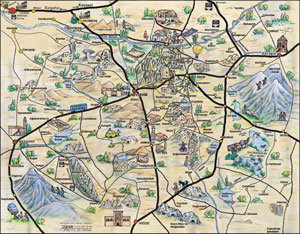 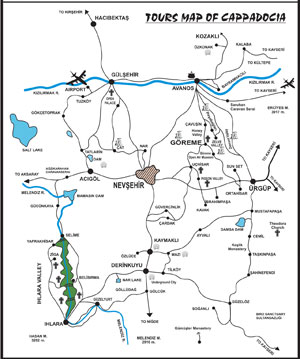 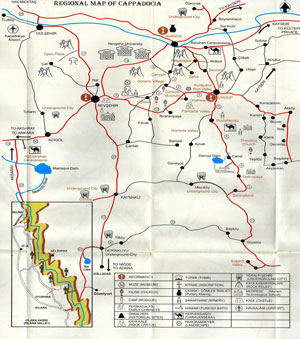